Please activate cookies in your browser. Your offsetting is stored with the aid of cookies, without which the order process cannot be carried out. 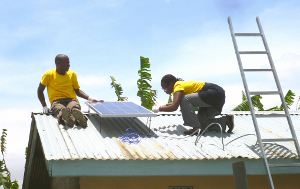 2.5 billion people worldwide live without electricity. This climate protection programme implements high-tech solar home systems including a GSM modem that deliver a clean, affordable alternative to fossil fuels for low-income households and small enterprises in Africa. A microfinance system circumvents the initial investment hurdle for customers who previously could not afford high-quality solar home systems. The smallest panel can light two rooms and charge four mobile phones per day. The technology reduces carbon emissions effectively and has won the UN Momentum for Change Award at the climate conference in Paris 2015! 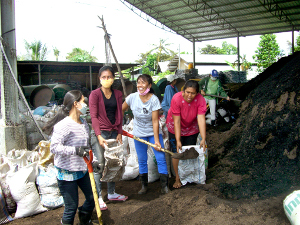 The first climate project in Bali is a recycling facility which turns organic waste into compost which is then resold. By composting garbage instead of land filling or burning it the dangerous green-house gas methane is avoided. This contributes to the reduction of Bali’s waste problem, produces organic fertilizers for agriculture and creates 120 jobs for local employees. 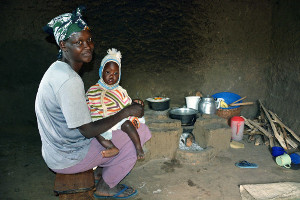 The point of the climate project in Kenya is to locally built efficient “Upesi stoves” which reduce the burning of wood and contribute to preserve the unique vegetation and biodiversity of the Kakamega rainforest. These ovens use a clean combustion process and therefore give off less soot, which results in fewer acute respiratory diseases in women and children. The reduced logging and less usage of firewood reduce green-house gas emissions and the women can spend less time searching for firewood.

From waste oil/fat to biodiesel 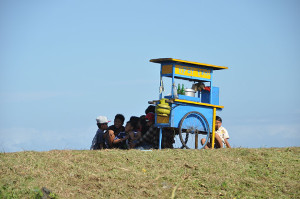 The goal of the second climate project in Bali is the conversion of waste vegetable oil generated by hotels and restaurants into biodiesel to be used as power fuel. The biodiesel is produced by a recycling plant which was specifically built for this project. The recycling plant is managed as a social enterprise and offers socially deprived people the possibility of a secure income. The substitution of fossil fuels by biodiesel can prevent climate damaging CO2 emissions. In addition, social and ecologic awareness will be raised in hotels and restaurants which allocate their waste oil for recycling.

Emissions caused by your flight can be offset by the climate protection projects in Bali, Tansania and Kenya.

myclimate.org uses cookies to provide you with the best possible service. If you continue browsing, you agree to the use of cookies. Read our data protection provisions for more information. OK